FrieslandCampina has been working with the EZ-GO app since 2018, to improve the safety, quality and efficiency of their production locations. One of the key areas where FrieslandCampina’s implementation of the app has benefited the operation, is autonomous maintenance. This is a method for continuously improving the work environment and machines, increasing ownership among operators and team leaders and assuring factory standards are being met. The EZ-GO app is often implemented in tandem with autonomous maintenance (AM), which can be organised more quickly and effectively, and with a higher return as a result.

No more hardcopy on the production line

Many of their locations were still using hardcopy checklists, AM tasks, work instructions and audit forms. The EZ-GO app offers an alternative, which was one of FrieslandCampina’s primary reasons for adopting the app. Direct stakeholders such as operators and team leaders digitise all of that documentation themselves. Challako van Gerrevink, Plant manager Leeuwarden: ‘It was all very user-friendly. Within the space of two days, we had transferred an entire table’s worth of hardcopy procedures and instructions into the app.’

The company quickly discovered other benefits, including the ability to include photos and videos for visualisation. Jacob Scheffer, a CI specialist in Leeuwarden: ‘Hardcopy leaves room for interpretation; a photo or video sets a clear, unambiguous standard for everyone.’ It also simplifies the process of onboarding new or temporary workers: all it takes to prepare a new operator for their first independent shift, is one instructional round with the app.

"Conduct the AM project in tandem with the app"

The app is often implemented in tandem with an AM process. FrieslandCampina Lochem is no exception, according to CI project manager Hidde Essers: ‘Cleaning, inspection and other repetitive tasks are now being assisted by the app. The machines are in good shape and are being kept that way because of how the inspections are conducted. This has a positive effect on our Operational Efficiency.’

The link between autonomous maintenance and the tasks functionality in the EZ-GO app comes highly recommended. ‘It’s easy to transfer good procedures into the app. But if those aren’t in place yet, it is wise to conduct the AM project in parallel with the implementation of the app. Do not use hardcopy or T-Cards first. Enter everything into the EZ-GO app straight away.’

Operators and mechanics strengthen each other

An operator can create an ‘action’ in the app, such as an improvement suggestion for the monitoring process or a potential production-related issue. Hidde Essers explains: ‘Mechanics and operators collaborate more closely now. Various maintenance tasks have been transferred to the operators, leaving the mechanics more room to focus on structural maintenance. They communicate more, trust each other more and operators and Technical Services work together to find solutions before problems arise. The app facilitates this.’

The digital app generates overviews and reports that can be discussed in team meetings. Valuable, according to CI specialist Scheffer: ‘The statistics reveal points of attention and necessary adjustments, which are discussed in our operator meetings. As a result, our efficiency is improving on a continuous basis.’ 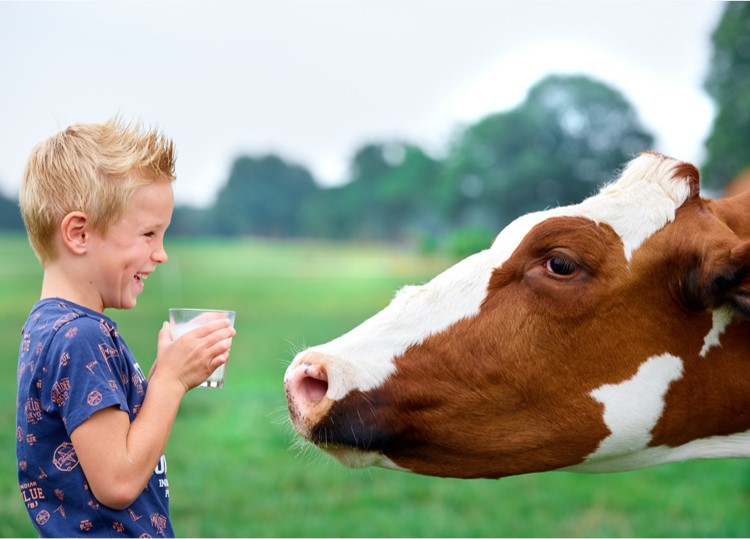 To conclude, we asked CI manager Jacqueline Kerstma from FrieslandCampina Wolvega whether it’s worth it. She couldn’t be any clearer: ‘It makes perfect sense and it is very noticeable that the app makes a big difference. It offers overview, the ability to steer, improve the process, safety, quality and efficiency. The EZ-GO app is the enabler of improvement. All I can say is: go, go, go!

Ready to improve Safety, Quality and Efficiency in your factory?

Start Now!
By continuing to use our site you are agreeing to our Privacy Statement..

This website uses cookies to improve your experience while you navigate through the website. Out of these cookies, the cookies that are categorized as necessary are stored on your browser as they are essential for the working of basic functionalities of the website. We also use third-party cookies that help us analyze and understand how you use this website. These cookies will be stored in your browser only with your consent. You also have the option to opt-out of these cookies. But opting out of some of these cookies may have an effect on your browsing experience.
Necessary Always Enabled
Necessary cookies are absolutely essential for the website to function properly. This category only includes cookies that ensures basic functionalities and security features of the website. These cookies do not store any personal information.
Non-necessary
Any cookies that may not be particularly necessary for the website to function and is used specifically to collect user personal data via analytics, ads, other embedded contents are termed as non-necessary cookies. It is mandatory to procure user consent prior to running these cookies on your website.
SAVE & ACCEPT